Cross-border cycling – the star of the cycle tour from Strasbourg to Luxembourg. You start in France, cross the border to Germany a few days later and then arrive at your destination in Luxembourg. Three countries, three landscapes, the times the pure cycling pleasure – because the stages couldn’t be more varied. Lively cities alternate with natural spectacles such as the Saar loop Mettlach and cultural highlights. The vineyards on the Moselle give and idea of how good the grape juice tastes in this region.

Details about cycling holidays from Strasbourg to Luxembourg

If you are looking for a varied cycling holiday that is also suitable for beginners, the route from Strasbourg to Luxembourg is made for you. The route leads along cycle paths as well as on traffic-poor side streets. The sections along the French canals in particular are real highlights on the eight-day tour. Between? A lot of time for visits to cultural monuments, museums and sights. And of course culinary enjoyment. Because when do you have the opportunity to taste the cuisine of three different countries?

The highlights of the cross-border tour at a glance:

Useful information about cycling holidays in France, Germany and Luxembourg

When you travel to Strasbourg on your own, your cycling holiday begins with a real highlight. Take your time to visit the Strasbourg Cathedral or the charming ‘La Petite France’ district. You cycle between 35 and 60 kilometres a day to your destination, the capital of the Grand Duchy of Luxembourg. The route is mostly flat, only from Luxembourg the route becomes slightly hilly. A longer section between Mittersheim and Saarbrücken is bridged with a transfer.

Check-in at the hotels and explore Strasbourg!

You leave Strasbourg by the European Parliament. The cycle trail leads you along the towpath of the Marne-Rhine canal to reach Saverne. Many towns and villages surround the cycle path, as Brumath, the capital of Alsace in Roman times and Hochfelden, famous for its brewing tradition. You arrive to the picturesque town of Saverne with its impressive double lock. Cycle along the marina and enjoy a fantastic view at the Rohan Castle!

Today you will cycle again along the Marne-Rhine canal and its locks. You pass by the Saint Louis Arzviller inclined plane. This impressive structure enables the canal to bypass a set of 17 locks. It is the only shiplift in Europe of a transversal type! Another peculiarity is the pond of Gondrexange, it was created in the Middle Ages by fish-farming monks. Then the canal winds through the magnificent valley of the river Saar to Mittersheim. In the evening, you will have a transfer from Mittersheim to Saarbrücken, a baroque city.

You will follow the Saar cycling route which takes you to cultural highlights as the World Heritage Site “Völklinger Hütte“ (former ironworks). Covering an area of more than 600.000 m², the gigantic foundry is the only fully preserved ironworks from the heyday of industrialisation in the world. Then you pass in the city of the Sun King, Saarlouis, before you arrive in Merzig where you will be staying for two nights.

Take a relaxing break in the small town of Merzig or cycle in the heart of the “Merziger Äppelkischd”, which means “apple box”, so named because of the many local apple orchards. On the way, you will see numerous apple trees, vast cornfields, rapeseed fields and maize fields. You will discover many pieces of art (carved stones) that invite bikers to an extraordinary cycle day at the German-French border.

After breakfast, you will be cycling a few kilometres to pass the first hightlight, the Saar Bow, which is a unique natural wonder. From there you will cycle to Mettlach where you can visit the famous Ceramics manufacture Villeroy & Boch. Behind the Baroque facade, you can experience more than 260 years of ceramic and corporate history. The route leads you to Saarburg a picturesque town where you can admire a waterfall of 20 meters high. Continue to the vast vineyards right and left of the river Moselle until Trier. Take your time to visit the Porta Nigra, the amphitheater, the Imperial Baths or the magnificent cathedral.

You begin this stage at the Römerbrücke and cycle again along the Moselle before you reach the border. You cycle now on small country roads, through little villages, through hilly landscapes with green forests and colourful fields. You arrive in Luxembourg, a modern and cosmopolitan city where you can visit the Ducal Palace, the Notre Dame Cathedral and the impressive casemates registered on the UNESCO world heritage list.

You will ride mainly on cycle paths along the canals and waterways. The paths are mainly flat until Trier. Day 5 and 7 are a little bit hilly, on cycle paths, minor agricultural tarred roads or on little secondary roads without much traffic.

"I will help you with the planning of your holidays with advice and action"
f.coulibaly@eurobike.at
Fatima Coulibaly, Customer service
+43 6219 7444 138
Contact

| 08.06.2018
Excellent Repeat Performance
Our family's second self-guided bike tour in Europe was wonderful in so many ways, the attention to the many planning details was obvious. The bikes, hotels, directions and support staff were all great. Everything went like "clock work" with no unforeseen surprises. We are two grand-parents taking our grand daughter on an European adventure before she is off to university next year and we all had a blast enjoying the cultures, foods and people along our three country route. We had a wonderful time together thanks to the efforts of the Eurobike team. Well done! 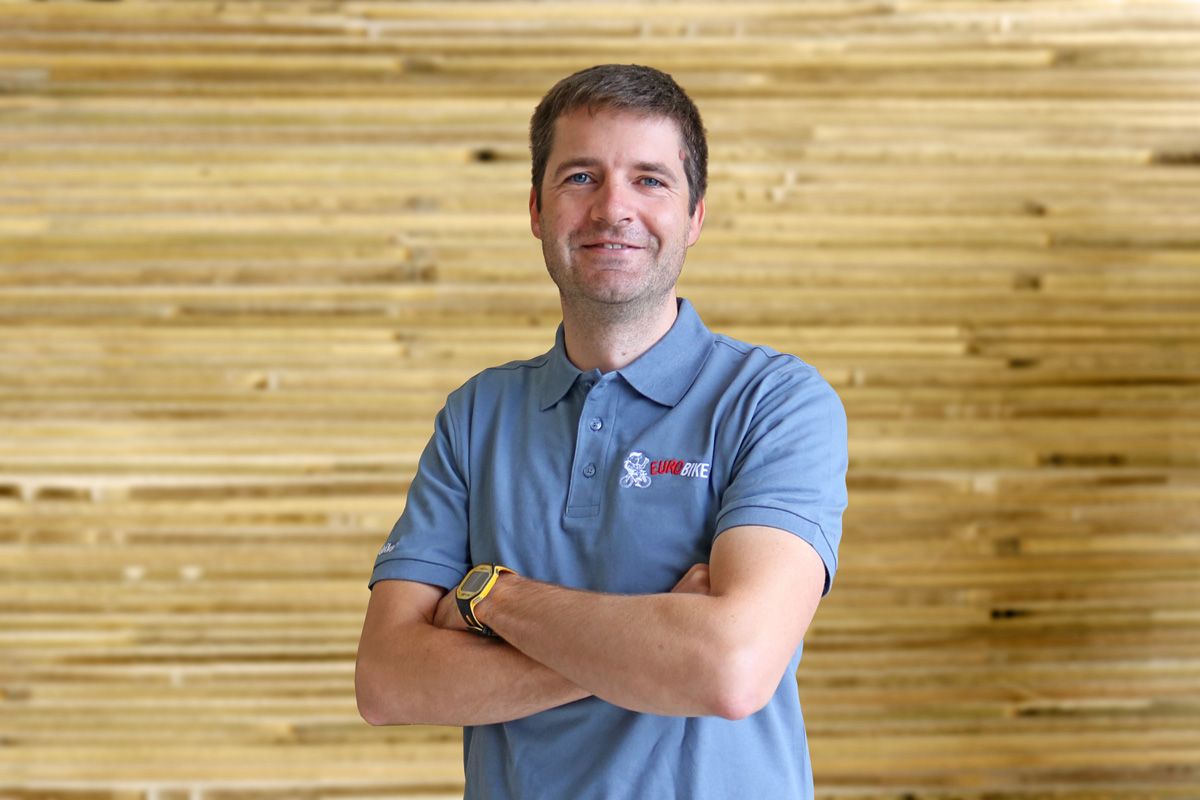 Joscha Koob answered:
Thank you for this amazing feedback Mr. and Mrs. Hollett! Hope to have you also next year on one of our tours!
Page 1 of

Colmar - based in one hotel

7 Days | Self-guided tour
Show details
Wishlist
We will gladly help you
Contact us
+43 (0)6219 7444
office@eurobike.at
Contactform
Stay up to date!
Subscribe to our newsletter