Germany's Eastern neighbour has an enormous potential. It has stopped being so much of a secret place on the other side of the River Oder for a long time now, however it is still underestimated far too often. Within the EU, Poland is the sixth largest country in terms of both area and population. It also offers several attractions, which cannot be found in another nation.

All cycle tours in Poland

For example, the white beaches of the Baltic Sea, ancient, origanally restored towns with historic significanc, a well-developed infrastructure as well as dense, seemingly untouched primeval forests. In Poland breathtaking scenery unfurls, which waits to be discovered and visited. In Masuria alone, there are more than 13,000 hectars of soil. which have been declared as national parks in the past fifteen years. These are  home to rare animal species such as elks, beavers and cormorants.

Perfect timing for a cycling holiday: the 'golden autumn' in Poland

Central Poland is influenced by the continental climate – cold winters and plenty of snow especially on high ground. The Eastern part gets warm sunny and mostly dry weather conditions dominating the summer months. In the mountains quite heavy thunderstorms do develop occasionally. The Baltic Sea coast however is renowned for its countless warm summer days. Here you find a moderate maritime climate, which is characterised by the nearby Baltic Sea and the Atlantic Ocean breeze. We highly recommend a visit during the months of September and October – the so-called 'Golden Polish Autumn', where extensive broadleaf forests slowly shed their leaves and the entire landscape shines in all kinds of shades of colour. Breathtaking nature however is visible all year round and is one of the most biodiverse in all of Europe. There is no other country in the EU where you find so many endangered animal species – many of them have survived here in the vast primeval forests. Examples are European bison, lynxes, wolves and brown bears.

By bike through Masuria and along the Tatra Mountains

Discover Masuria, the 'land of the 3000 lakes’, with Eurobike. This extensive lake district is one of Europe’s last primordial natural environments and is considered one of Poland’s most beautiful sceneries. You cycle across paradise with its slightly hilly and unparalleled idyllic surroundings on ancient tree-lined roads, where primeval forests alternate with soft groves and countless lakes. A large part of this region has already been under conservation for decades, with the result that an eco system managed to survive here, which used to be prevalent in large parts of Central Europe. More romantic than our guided group tour is maybe a boat ride on the sometimes seemingly endless water areas -  for instance on the liner MS Classic Lady, which is at your disposal during the summer. It consists of 20 double cabins, a panoramic restaurant and a spacious sundeck, inviting you to linger and relax on after your cycling tours. Our ride along the foot of the Tatra mountains on the Slovenian border is just as placid. On this self-guided cycling holiday you follow the river Dunajec – alledgedly the most beautiful mountain river in the country – along the way through the river valley in the shadow of the mighty mountains.

By deciding to go on a Eurobike cycle holiday you get our extraordinary service. This means that it can be thoroughly pleasant and unproblematic to embark on the holiday. Before the holiday starts, we are at your side with words and deeds. Our professional team is happy to assist you regardless whether it concerns information on individual routes from our attractive programme or questions regarding the route or equipment. We already organise the perfect holiday for you, which means that you can focus entirely on your interests and the joy of cycling. We provide maps and information, accommodation in a friendly, informal ambience as well as transfers and luggage transport – everything is provided and taken care of by us. On group tours you are accompanied by a trained tour guide who stays with you for the whole tour. On self-guided tours you can always reach us if you have any problems on our hotline. All our routes are hand-picked and created in collaboration with local experts, our clients and selected reliable and trusted associates. In order to cater for your personal preferences and requirements we offer routes varying in length and difficulty – ranging from leisurely, comfortable cycling tours all the way to cycling up mountains for experienced athletes. 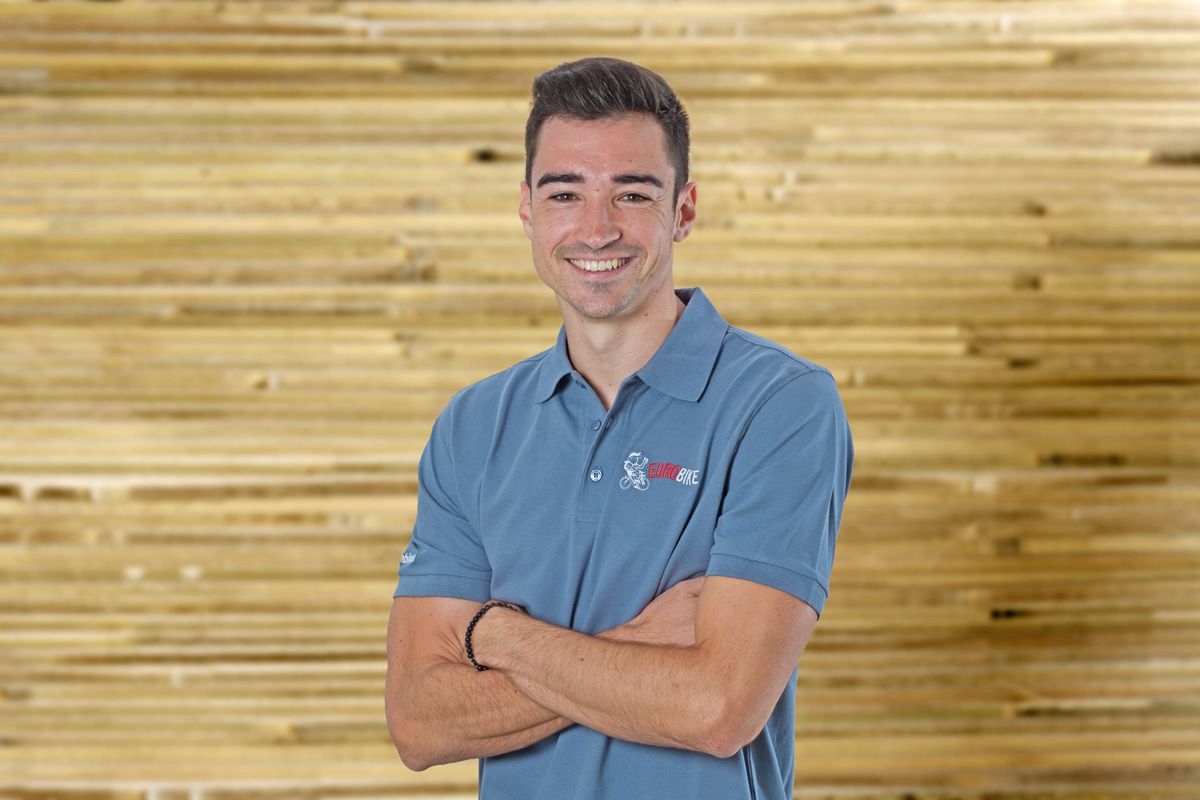 I am looking forward to your requests, wishes and suggestions!
v.hoefler@eurobike.at
Valerian Höfler, Head of Customer Service
+43 6219 7444 146
Contact
We will gladly help you
Contact us
+43 (0)6219 7444
office@eurobike.at
Contactform
Stay up to date!
Subscribe to our newsletter