Lush, green meadows as far as the eye can see, the deep blue Atlantic glinting in the distance: welcome to the flower island of Madeira! The week of cycling on the Atlantic island is one for experienced cyclists. Over seven days you cycle almost all around Madeira and get to know both the island coast and countryside. By the way, Madeira is a destination for cyclists in almost every season: from February to December the temperatures are mild, so you can take a little break even in winter!

Details about cycling holidays in Madeira

São Vicente, Funchal, Porto Moniz or Calheta – these names sound like music to the ears! The towns on the Portuguese island of Madeira radiate a lively, cosy atmosphere and bring a touch of the exotic to your cycling holiday. On the five daily stages, you can also immerse yourself in the colourful world of flowers in Madeira and catch wonderful panoramic views of the cliffs.

Highlights of the Madeira cycle tour at a glance:

The eight-day cycling adventure on the Atlantic island begins in Caniço. Over the next few days, about 195 kilometres by bike and an infinite number of impressive landscapes are ahead of you! The daily tours run along low-traffic side roads and are between 25 and 50 kilometres long. The most difficult climbs are bridged by bus transfer, but you should expect some steep sections and descents. Good physical condition and experience are an advantage.

Madeira – a year-round destination for cyclists and wonderfully easy to cycle thanks to Eurobike. Book your next cycling holiday now!

Enjoy all of your hotels facilities today already. It is located right by the beach so the sea is calling you too! In the evening welcome briefing by your tour representative.

In the morning there is the transfer to Camacha, where your rental bikes will be fitted. This village is famous for its basket making. This practical souvenir is of course offered directly from the producers. You will cycle on a lovely high road right towards the East Coast. Enjoy the beautiful views on the way to the little fishing village, Porto da Cruz. Relax here on the beach made out of volcano sand or visit one of the last working sugar cane mills.

A long, steep ascent will be bridged by bus this morning. In Santana you will start your cycle tour. Beforehand you should however visit the true Madeiran landmark. The traditional, thatched farmhouses have been lovingly restored here. The cycle route goes along a beautiful road through small, charming villages whilst always running along the length of the East Coast until you get to São Vicente. The village, named after Saint Vincent, is located right by the sea. It is however well-known for its 400,000-year-old grottoes.

To begin with, you go in the mountains today! A transfer will take you to the high plateau Paúl da Serra. From here, you get on your bike and follow the high road past grazing cows and sheep. A long descent will then lead you to the West Coast of the island. Before you get to Porto Moniz, a spectacular view will leave you breathless. Where you are staying tonight is well-known for its natural swimming pools. The sea formed small and large pools, which are popular places to swim by both locals and tourists.

Today’s stage takes you along the West Coast and right through the UNESCO world heritage site in Madeira. You will cycle through fragrant forests and through small villages and you will always be accompanied by spectacular views of the below lying sea. After every curve you get a new great photo shot. In the lively village Calheta, it was not only the yacht harbour that was rebuilt. For the artificial beach, sand was especially imported from Morocco. The former sugar cane village has become a popular place for locals to meet.

For the first third of today‘s stage, you will cycle directly along the waterside towards the capital. From Ribeira Brava the route takes you up hill away from the coast and then you will reach the very spectacular view point on the island. At Cabo Girao, a transparent platform was built 580m above the sea. The view down over the highest cliffs in Europe is dizzying. A long descent will then bring you back to the coast and then into the centre of Funchal. Colourful and lively are two strong impressions you will get from the capital of this island.

The cable car will take you on your bike free day to the popular destination of Monte. Previously a noble health resort with grand quintas, this area offers many possibilities nowadays for an interesting day.  You can visit the pilgrimage church Nossa Senhora do Monte do Monte and the tropical garden Jardim Tropical Monte Palace. You could also go for a lovely walk along the famous waterway, the “Levadas”. The rapid ride to the valley is nevertheless spectacular wits one of the fantastic wicker sledges. You will see that Madeira also isn’t boring without a bike…

Very quiet roads will lead you around this island. You will only cycle on busier roads for very short sections. The steepest and longest ascents will be bridged with transfers. Nevertheless, there are several longer ascents to deal with each day. Due to the topography and also the longer and sometimes steep hills we recommend that you should have good fitness and good confidence on a bike.

"I will help you with the planning of your holidays with advice and action"
r.obermayr@eurobike.at
Rebecca Obermayr, Customer service
+43 6219 7444 136
Contact 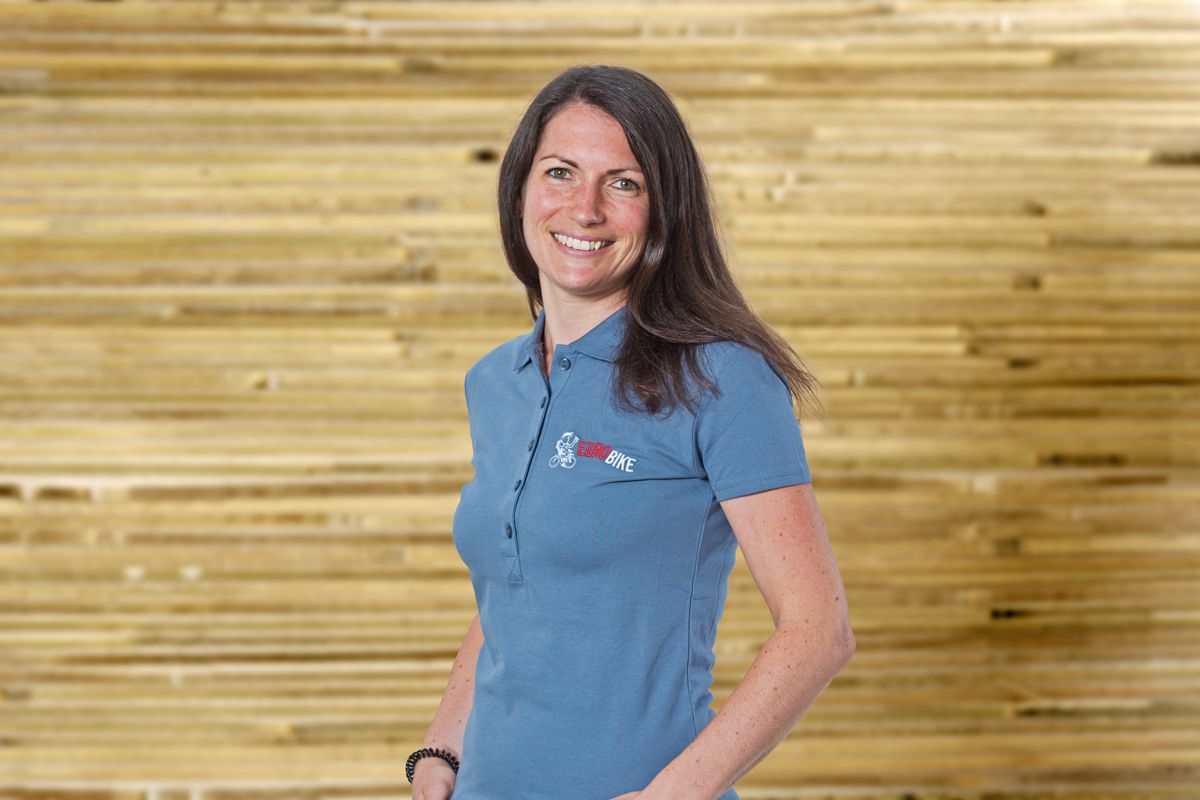 | 28.10.2018
The Madeira Cycling holiday was challenging even with e-bikes but very rewarding - giver it a try!
This is a wonderful holiday which I strongly recommend to good cyclists. My wife and I have been on self-guided 14 cycling holidays and this was one of the best. However we would recommend that you have e-bikes to get up the huge hills and you also need excellent brakes for the steep descents. Madeira is a beautiful island with remarkable vegetation and the route took us all around it yet away from much of the traffic. The hotels were all of high standard offering very good food. We are seriously thinking of repeating the trip in 2020!

8 Days | Self-guided tour
Show details
Wishlist
We will gladly help you
Contact us
+43 (0)6219 7444
office@eurobike.at
Contactform
Stay up to date!
Subscribe to our newsletter